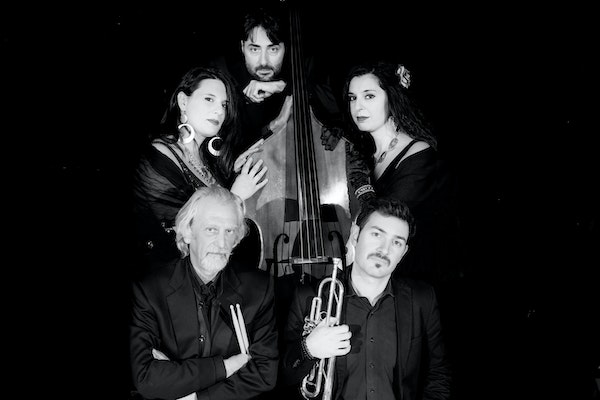 The Fil Rouge project was born in 2015 and it rises from the intense understanding between two women, the singer and the pianist, who translate into words and music their melancholic mood, at the same time full of energy and dynamic.

The incisiveness of the trumpet, the regular rhythms of the drums and the intensity of the double bass color and fill the sound.

The first album "L'inconnue", the unknown in every one of us, published in spring 2016, received a good feedback in italian press (La Repubblica, La Nazione).

It is difficult to define our musical genre, however, if jazz comprises research and improvisation, with many contaminations, our project can be put into a jazz context.

Our music touches the most diverse sounds, timbres and colors: Mediterranean melodies with Arabic and Maghreb echoes. Latin rhythms of bossanova and tango permeated with underground influences tied to funk and hip-hop not least blues and swing.

The songs are predominately written in French, the language of the soul of the singer. They speak about the Alsatian Countryside, about people met during a one-year journey; they speak about complicated lives and friendships developed in a Winter-time Strasbourg, a city radiated by a light, white like snow. The songs speak about painful relationships, life beyond illness and oblivion. They speak about a father came to known in senile age with all his fragilities and regained wisdom. They speak about a mother, small and full of life that runs, runs every moment of the day, who finds peacefulness in long walks through the countryside, to look for herbs to cook with. Not least, foggy atmospheres along the Senna, evoked by Jean Gabin’s film o by Maupassant short stories. 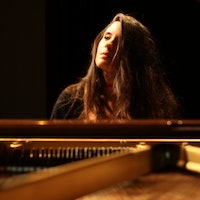 Manuela Iori
Manuela Iori was born in a little town in Italy, in 1987. When she was six years old she started to play piano with M° Fabio Paciaroni at "Liceo Musicale Nelio Biondi", Camerino (MC). In 2009 She achieved, at the Conservatory G.Pergolesi in Fermo, the diploma in classical piano; subsequently she moved to Florence where she studied, at Scuola Musicale di Musica di Scandicci, modern and jazz piano with M° Emanuela Fontana. Then she decided to continue with jazz music. In 2015 at the “Accademia italiana del jazz”, she achieved the diploma in jazz piano with M° Alessandro Giachero. In 2010 she founded "Malibra Trio", a world music project, with the Griot Brahima Dembelè, from Burkina Faso, and the Israeli percussionist Liron Meyuhas. The experience approached her to African and Oriental music; it’s possible to hear it in her music. She has played with Brahima Dembelè, Adama Dembelè, Paul Victoir Debiré, Liron Meyuhas, Paolo Casu, Gianfranco Narracci, Amit Arieli, Franco Baggiani, Renato Cantini, Tommaso Papini, Piero Spitilli, Simone Morgantini. In 2015 she founded Fil Rouge Quintet, a jazz-world music project, with the singer Maria Teresa Leonetti; she is the pianist and composer of the project, and collaborates with Ettore Bonafé, Michele Staino and Nicola Cellai. 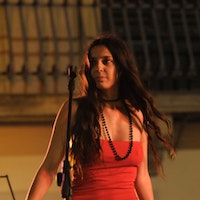 Maria Teresa Leonetti
Maria Teresa Leonetti (Rome, Italy 1981) is a soloist singer and songwriter. She studied classical and modern vocal technique with the soprano Katia Magnani in Florence. Since 2001she attended the faculty of Foreign Languages and Literatures at the Bologna University, where she studied french and english. In 2006 she moved to France, in Strasbourg, to work in social field for a one-year european project. In 2007 she came back in Italy. In Florence she started to study vocal technique collaborating, during the years, in different shows like “Convivenze” directed by Niccolò Fabi, an italian famous singer, at the Teatro Dante of Campi Bisenzio. In 2010 she was the runner-up of a national song contest in San Casciano Val di Pesa, Tuscany, and she founded the acoustic trio Mary & the Prouds (soul, funk, reggae and latin-jazz covers). In 2011 she participated at the closing concert of Fabbrica Europa, the international festival of contemporary arts in Florence. She also sang in the choir of La Scena Muta at the Ginevra di Marco and Francesco Magnelli concert (Teatro della Pergola of Florence). In 2013 she started the study of jewish traditional songs (in jewish and yiddish) performing with the Israeli clarinetist Amit Arieli and other musicians in different locations (Teatro Alfieri of Asti, Macro Museum of Rome, Pitigliano and Florence Synagogue). In the same year she starts her collaboration with Manuela Iori, a jazz pianist and composer. In 2015 she founded with her the Fil Rouge Quintet, a jazz-world music group, for the first time as author and singer. 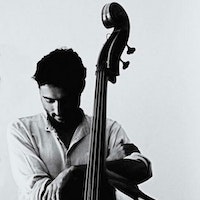 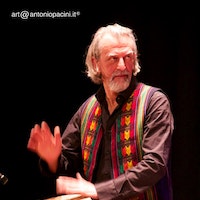 Ettore Bonafè
He started to play percussions in 1980 (he previously played guitar for different years in Cartacanta group). He studied tabla in India (1980/81) with the master Thunny Lal and, in Italy, with the master Shankar Chatterjee. In 1981 he started the study of drums with Piero Borri e then with Timothy Kotowich. Since 1985 he devoted himself to the study of vibraphone with Alessandro Di Puccio as master and in the summer workshops of Berklee school in Perugia wjth Gary Burton and in with the composer Ruud Wiener, in Swiss. In 1990 he founded the group Fuentes with Paolo Casu, in which there were also Brahima Dembelé, an african Griot musician from Burkina Faso; with them he recorded Gram Masala (1998) and Irikelè (2007). Since 1992 he was a member of the original line up of Banditaliana with Riccardo Tesi. They recorded together three albums and went on tour in Europe, Québec, Australia and Japan. He played over ten years with the songwriter Sergio Caputo, recording two of his albums (I love jazz, Senoritas). He played and recorded with: Stefano “Cocco” Cantini, Patrick Vaillant, Franco Fabbrini, Mirko Mariottini, Giulio Stracciati, Antonello Salis, Ares Tavolazzi, Lello Pareti, Gabriele Mirabassi, Riccardo Galardini, Carlotta Vettori, Antonino Siringo, Giuditta Scorcelletti, Alessandro Bongi, Maurizio Dami, Boliwar Miranda, Chiara Riondino, Francesca Breschi, Nando Citarella, Mauro Palmas, Anna Granata, Alfio Antico, Amedeo Ronga, Mino Cavallo. Since 2015 he belongs to the group Fil Rouge Quintet with Maria Teresa Leonetti, Manuela Iori, Nicola Cellai e Michele Staino. He is a master of percussions, drums, vibraphone, and ensemble music in Fondazione Siena Jazz (Siena) and in Mosaico organization (Colle Val d’Elsa, Tuscany). 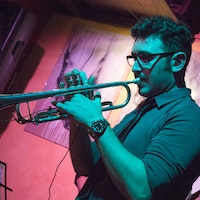 Nicola Cellai
He achieved, at the Conservatory L. Cherubini in Florence, the diploma in trumpet in 2005, with M° Luca Pieraccini by a vote of 9,50 / 10, and Degree in Discipline jazz music in 2010 with M° Riccardo Fassi, by a vote of 109 / 110. Resulted suitable for the audition trumpet called by the Maggio Musicale Formazione in January 2006, worked as an intern in the courses. In the same context he studied with trumpeters of the Teatro Comunale in Florence (Andrea dell'Ira, Emanuele Antoniucci and Claudio Quintavalla). He also studied with the maestri Marco Nesi, Donato de Sena and Tolmino Marianini and has attended courses and masterclasses, some jazz-oriented, with teachers such as Rex Martin, Alex Sipiagin, Andrea Tofanelli, Fabrizio Bosso, Fabio Morgera, Paolo Fresu, Dave Douglas, Pietro Tonolo, Ambrose Akinmusire, Avishai Cohen, Marco Tambutini . In 2010 is being awarded with the scolarship for the best students of the course Nuoro Jazz. He has collaborated with many classical orchestras, including, Opera Fiesole, Orchestra Città Lirica, Orchestra Lirica in Piazza, Orchestra del MaggioMusicaleFormazione and plays regularly in Jazz and Latin Big Bands (Sunrise Jazz Orchestra, Liberorchestra, Guacamaya Latin Band, New York University Big Band, Orchestra FuturaJazz, Eskimo Jazz Band), with musicians such as Fabrizio Bosso, Andrea Tofanelli, Xavier Girotto, Francesco Cafiso, Wayne Krantz, Perico Sambeat. Parallel to the orchestral activities works with various bands throughout Italy, both in the recording studio and live, in a variety of musical genres (contemporary music, jazz, electronic, soundtracks, pop, ska, indie rock) He’s been lead trumpet and soloist from 2010 to 2014 for the “Fantomatik Orchestra” an italian funk marching band. since then with this and other formations has performed as a soloist in many events and jazz festivals in Italy and across Europe, including Villa Celimontana Jazz, Odio l'estate, Berchidda Jazz, Nuoro Jazz, Jazz Moncalieri , Barga Jazz, Blue Note Milano, Umbria Jazz. He worked as sideman and studio player for italian artist like Funkoff, Dirotta su Cuba Irene Grandi, Raffaella Carrà.